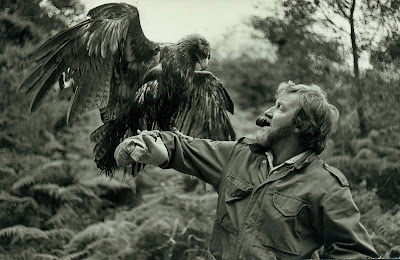 In a revealing documentary "Inland Heart: The Photography of Jeff Carter", directed by Catherine Hunter, the enduring photographic vision of the late Jeff Carter 1928-2010 (pictured, above and right) will be examined on ABC TV1's Artscape program www.abc.net.au/arts at 10pm tonight, Tuesday, August 14th. Hunter, who also directed a critically acclaimed recent documentary on painter Margaret Olley, examines the extraordinary legacy left by Jeff Carter after more than half a century roaming the "Inland Heart" (and occasionally the cities) of Australia. Carter's brutally honest, compassionate, unsentimental vision reflected Australian life from a unique point of view - his own travels. There is little in Carter's simple, strongly composed photographs that he had not experienced first hand himself - either as a young man "humping his bluey" around Australia - or working the land himself, on his country property, "Foxground" in Southern New South Wales, Australia.
Posted by ozphotoreview at 9:31 PM