The Unchanged, and Adorned Landscape

﻿
﻿ 19th and 20th Century Australians of European origin grew up nourished by the fiction that this continent's heart was dead - a lifeless, threatening landscape completely opposed to the residual, mythic imagery of a European Arcadia from whence we came. This pervasive fiction has been, however, consistently eroded, firstly by our painters - from Fred Williams, Arthur Boyd and Sidney Nolan to the seemingly photographic-inspired visions of William Robinson http://www.evabreuerartdealer.com.au/robinson.html Photographically, the inner, beating heart of Australia has been unsentimentally recognized by a generation of 20th Century photographers from - Wesley Stacey http://www.photo-web.com.au/wesley/intro1.htm and David Moore http://www.davidmoorephotography.com.au/ to the more recent, epic 21st Century visions of Murray Fredericks www.murrayfredericks.com.au/ and David Flanagan. http://www.davidflanagan.com.au/ The poetic, planetary, aerial abstractions of Richard Woldendorp http://www.richardwoldendorp.com/ offer an even more seductive alternative. Woldendorp makes no attempt to gild Australia's lily; instead this Dutch-born Western Australian has captured the Australian landscape as he finds it, but through a deeply informed, artistic vision. It is impossible to look at Woldendorp's photographs of a raw, Australian landscape, taken from the air, without gathering painterly references from generations of Australia's greatest 20th Century artists - especially including indigenous painters . To this mix of artists comes yet another unique vision. Visual veteran Greg Weight www.gregweightphoto.com.au/ - equally literate in photography, sculpture and painting (Weight's partner, appropriately, is accomplished painter and GalleryEast director Carol Ruff http://www.carolruff.com/ The Sydney-based photographer brings a simple, poetic vision laced with humility, to portraying our land. Weight's pictures entrance the viewer by intimately conveying, for example, the feeling of standing in a distant Australian landscape after dark, beneath a luminous inland night sky. Weight's colour image of a serrated ridge, with its spindly trees caught against a darkening canopy (pictured, above) through which a falling meteorite traces a faint line of light, is nothing less than a masterpiece. There is another, disparate string to Weight's artistic bow, however. This veteran artist has also attempted the seemingly impossible - supplementing the Australian landscape with a form of installation art - by subtly altering the vistas he photographs. By positioning a series of alien, bound, tree-like structures (pictured, below) Weight unexpectedly adds to our sense of the Australian landscape, while also acknowledging his understanding of Indigenous Australia and our art in general. Weight asserts that "they appear in concert with each other and ... the landscape. With their branches tied, ... landscape beyond becomes more visible ... more sculptural. Placed by nature. Shaped by hand." The central desert of Australia is enormous and alive, adds Weight and making these photographs was, he maintains simply, "a very small and ephemeral gesture to do with contemporary intelligence in a timeless place."  At Melbourne's Australian Galleries www.australiangalleries.com.au/ until June 26
The Co-Parent of Digital Photography Dies at 86 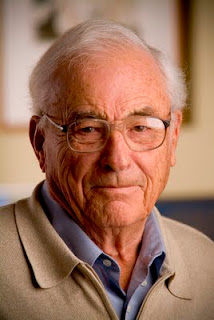 2009 Nobel Prize for Physics Laureate Willard Boyle 1924-2011 (pictured, left) the co-inventor (with fellow Nobel laureate George E. Smith 1930-) of the Charge-Coupled Device (CCD), which first made digital photography possible, has died in Wallace, Nova Scotia, Canada on May 7. Boyle's achievement in co-creating the charge-coupled device in 1969 effectively ushered in a revolution in photography. "After making the first couple of imaging devices," remembered Boyle, "we knew for certain that chemistry photography was dead." Boyle reportedly told his artist wife  Betty on the day he and Smith had worked on the CCD concept, "George and I did something special today." Later Boyle recalled that the two physicists' discussion had lasted little more than an hour, during which he and Smith 'batted some ideas around' and came up with the CCD. “We realised here is something that is pretty interesting because it will for the first time enable technology to store photographs ... transmit them and use them somewhere else.” Boyle, a Canadian, had already enjoyed a long, distinguished career as a physicist, which included (with Don Nelson) inventing the first continuously operating ruby laser in 1962, during his time working at America's legendary Bell Labs in New Jersey. In another, earlier, very different career, Boyle flew Spitfires for the Fleet Air Arm in the Royal Canadian Navy during the Second World War. (at war's end, Boyle was undertaking training landing Spitfires on aircraft carriers.) Boyle was also director of Bell Labs' Space Science and Exploratory Studies in 1962 and helped select the U.S. lunar landing sites. Later sending of images from the 1969 Moon landing to Earth used his newly designed CCD technology.
The Redefined Moment
﻿﻿﻿
﻿﻿﻿

﻿﻿ While I was last in Sydney I visited a gallery that primarily shows photography, the Meyer Gallery http://www.meyergallery.com.au/ to see Darren Harris's "Psychological Portraits", a series of black and white images that provided  impressionistic portraits of humanity's most inner landscapes. Reminiscent at first glance of South African artist William Kentridge's remarkable black and white drawings, Harris, who has a background in psychology and counselling, created images which extended and layered the photographic  moment (pictured, above) While at the gallery I noticed that Mary Meyer, her partner Bob Kersey and Tony Egan http://tonyeganphotography.com/about.html and Jenny Templin http://www.sydneycommunitycollege.com.au/tutor/200 (pictured, above, in a picture I made with the impressive Nikon Coolpix P300 which I am reviewing for a future blog) were all captivated by a website for the late Vivien Maier http://vivianmaier.blogspot.com/ whose photographic archive has only recently been discovered. Maier's artless, heartfelt style reflected a lifelong committment to documenting everyday life, and marked Vivien Maier (1926-2009) as a truly memorable amateur - in the best sense of that word. Darren Harris's exhibition closes June 11.

Distilled Moments from Another Century. 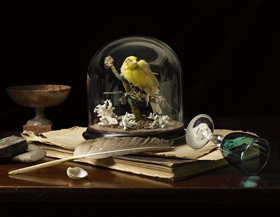 One of the great strengths of Australian fine-art photography is the freedom with which artists pursue the most personal, differing visions - from, for example, the fabricated emotional fantasies of Polixeni Papapetrou http://polixenipapapetrou.net/ to the exquisite, but differing still-life images of Marian Drew, http://robingibson.net/artists/marian-drew Anna-Maryke Grey http://www.anna-maryke.com/ and Robyn Stacey http://lightjourneys.net.au/artists/robyn-stacey/ Where death frequently permeates Drew's meticulously constructed tableaux, Grey and Stacey deal with the residual evidence of lives lived fully, long ago. Any new exhibition by Robyn Stacey always radiates visual evidence of her continuing love affair with colonial Australia. The mature vision of this artist conjures feelings of an era where silicon was only found in sand on the beach, and if you called someone, hopefully it meant they were within earshot. At Stills Gallery until June 25
http://www.stillsgallery.com.au/exhibitions/index.php?obj_id=main&nav=1

Expertly curated by Sarah Johnson, my 1961-2009 retrospective is slowly coming to the end of its long tour through the excellent, inclusive (and enlightening) Australian regional gallery network. I am travelling to Orange Regional Gallery http://www.org.nsw.gov.au/ next week to open the penultimate showing of this body of work. I once opened a show in Orange by an old friend, Barry Flakelar, and found their new, modern gallery diverse, welcoming and exciting. Each one of the regional galleries where "Received Moments" has been shown, from Maitland to Broken Hill and the Gold Coast, has taken a slightly different tack with how they displayed the pictures. I look forward to seeing Director Alan Sisley's interpretation. The tour of these pictures has only reinforced my belief in the importance of regional Australian communities. (it's final season opens at the Flinders Art Museum, North Terrace, Adelaide, on October 29 http://www.flinders.edu.au/artmuseum/index.cfm?mid=2&sid=0 )
Until July 31.
"I am a Camera" opens at Adelaide's Greenhill Galleries 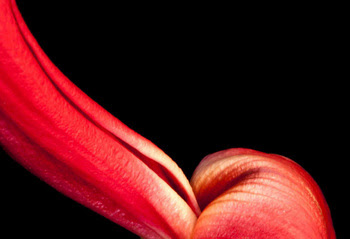 A diverse and intriguing group of fourteen photographers have contributed to Adelaide's latest photographic exhibition at Greenhill Galleries, North Adelaide. Paul Lloyd's sensual colour images of Australian flora (pictured) were accompanied in the photographer's notes by this appropriate verse:


Little flower – but  if I could understand
What you are, root and all, and all in all,
I should know what God and man is.

(from Tennyson's "Flower in the Crannied Wall") 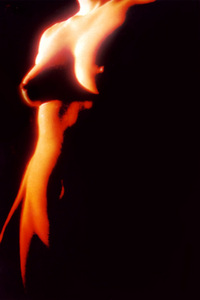